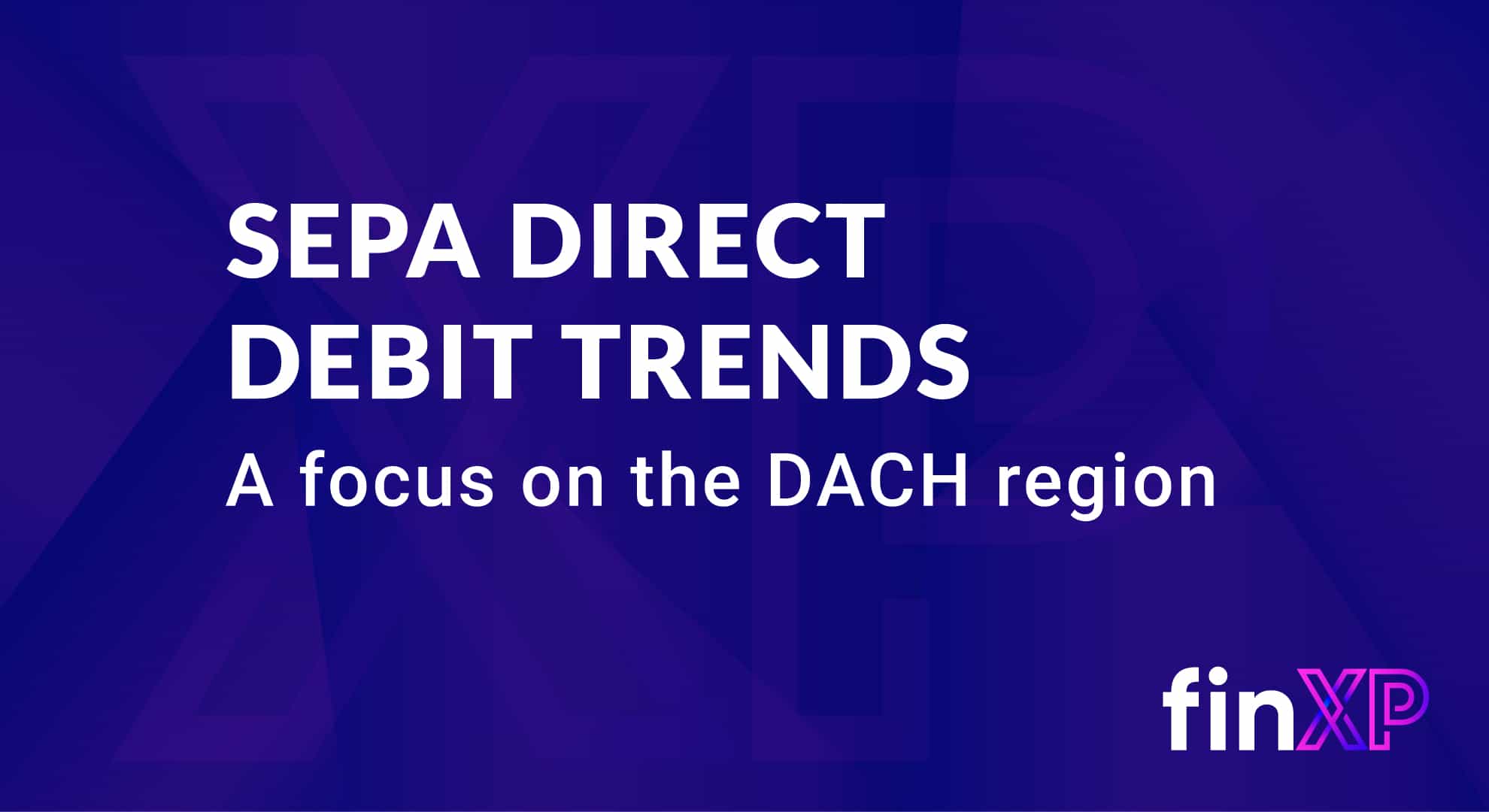 SEPA Direct Debit Trends – A Focus on the DACH Region

Launched in 2009 as a key pillar of the Single Euro Payments Area, SEPA Direct Debit (SDD) is a payment scheme by the European Payments Council that aims to make cross-border direct debits in Europe as easy and cheap as domestic direct debits via a single market for euro-denominated payments.

SDD is a pull-based payment method, meaning that merchants initiate multiple payments on receipt of a mandate from their customers. Payments happen bank-to-bank, so no card networks are involved and all communication happens directly between banks. These facts make SDD payments faster and cheaper for businesses than card-based alternatives.

The advantages for European business

Implemented across all 34 countries of the European Free Trade Area (EFTA), SDD helps companies across several use cases such as collecting regular payments, variable corporate payments, as well as subscriptions. Although the EU has created a separate payment scheme known as SEPA Direct Debit B2B, most businesses use the standard  SEPA DD Core scheme even when charging other businesses.

“SDD means firms can be sure their customers will pay on time.”

Using SDD, firms can be sure their customers will pay on time, reducing the administrative burden of chasing customers for payment. Studies show that customers also prefer the convenience of a “set and forget” payment method. SDD allows invoicing companies to collect payments when they want to and vary the amount collected, factors which improve cash flow and reduce administrative tasks.

Finally, SDD helps to simplify payment for customers by offering a one-time set-up facility and the option of spreading costs and paying on account (for more information, see this SEPA DD Guide).

Germany and Austria: a favoured way to pay

SDD has proven particularly popular in markets that have historically low penetration of corporate purchasing cards, such as Germany, where SDD accounts for 44% of all SEPA transactions or around 11.6 billion transactions with a value of €3.2 trillion. In 2020, SDD payments in Germany increased by 3.7% and accounted for 44% of all corporate transactions by volume in the country, according to the Bundesbank and ECB. Data from the European Payments Council also suggests SDD payments were twice as popular for corporate payments in Germany when compared to credit transfers (CT) using the SEPA system or card payments. Fewer than 1% of direct debits in Germany were non-SEPA. When it comes to incoming payments from abroad, Direct Debits were also more popular than Credit Transfers, with 363 million Direct Debits received, versus 263 million Credit Transfers.

Over the border in Austria, we find a similarly enthusiastic adoption of SDD in the corporate sector. The most recent data available from the ECB indicates Austrian SDD payments grew faster than the European average at 5.4%, with their value growing by more than 11% in 2020. Card payments (1.1 billion transactions) dominate in Austria, but Direct Debits are catching up with Credit Transfers, with 462.8 million Direct Debit instructions by Austrian firms compared to 618.9 million Credit Transfers. In terms of incoming payments, Direct Debits (112.7 million) outstripped Credit Transfers (52 million) by a factor of two to one.

Although Switzerland has been working to align its payment systems with the rest of Europe, its payment environment remains distinct from other European markets and SDD is only available between businesses settling in Euro on a cross-border basis, as would be expected given that Switzerland retains the Franc. A separate, Swiss-specific direct debit mandate system for consumers, called e-Bill, also exists. The penetration of SDD payments is therefore correspondingly much lower, although 2020 data from the Swiss National Bank indicates just under one in five corporate payments was settled using direct debit, with the vast majority (70%) being settled by credit transfer, and the balance via cheque or cash payments.

As Europe’s national payments systems continue to converge, businesses across the continent should be looking to take advantage of the lower administrative burdens and costs, plus improved cash-flow and convenience offered by SDD. This is particularly the case for businesses trading with Germany and Austria, countries that collectively constitute almost 5% of the world’s economic output as key pillars of Europe’s economy, especially in sectors such as manufacturing, telecommunications, and online industries.

To find out more about how your business could benefit from SEPA Direct Debit payments, contact us here. FinXP processes millions of SEPA DD transactions for various businesses in Europe.

PreviousPrevious post:Why Company Debit Cards Are a Must Have Tool For Modern Businesses
NextNext post:What is an Electronic Money Institution (EMI)?